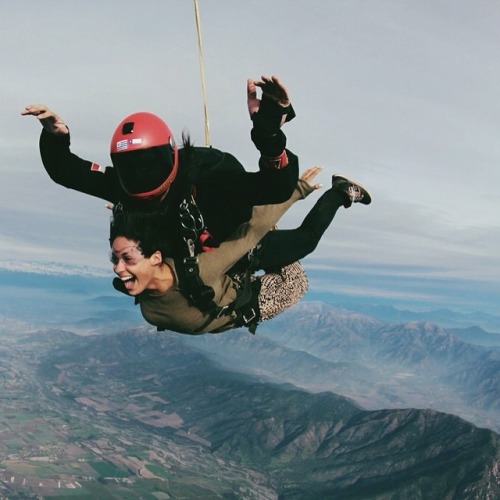 I originally wrote something so lame about the few weeks I spent in California with a small rolling suit case on the “no plan plan”. Thinking about it, it was something that didn’t feel right or authentic and came out forced, which is lame.

What I really wanted to get across was a mix of how sporting something you feel amazing in can change the way you show up in the world with the importance of making big, bold moves when you can.
—

Rewind to the first time I saw a pair of Buddha Pants and how I felt that I had found a brand that understood me; pants with SPACE that encouraged movement, prints that stood out and a philosophy that made total sense “pants that make you dance”. Clothes, especially those you feel uncomfortable in, makes you feel like shit. It keeps you hiding in the corner replaying the same conversation in your head second guessing your choice while comparing yourself to others. SO pants that help you feel good and look like a bad ass? Perfect.

I missed my chance at Wanderlust in Colorado and be lined for the booth in Squaw Valley. I went straight for a black and white pair and put them on over my skin tight yoga pants that made me cringe every time I walked, self conscious that everything was moving and visible in ways no woman wants. Instantly I felt transformed. I was confident. Made new friends and literally hit the dance floor jumping. For hours, I jumped, moved, got down, went into dance circles, stayed near the live drummer feeling the beat and put myself in a complete state of confidence that I attracted some pretty high vibrational people into my life that ultimately lent me the strength to do what came next.

In the next 48 hours, I restructured my job to free up time and allow for geographical flexibility (I ended up quitting two weeks later for other reasons) switched my ticket to LA, completely canceled my flight back to NYC and decided to take control of my life and happiness. I spent a few days under the California sun by the beach, adventuring around the streets of Venice.

One night, out in my Buddha Pants, the one black crop top I had and one of three hats I had (yes I pack more hats than shoes) and followed my intuition. What I thought was an open event at a small store on Abbot Kinney turned out to be a very, small intimate gathering for the owner and her friends. As my friend and I walked in, it seemed like the music stopped and all the attention was now on these two randos crashing. Awkward.

Sensing us feeling slightly uncomfortable, a curly haired blonde guy with an extremely outgoing personality offered us Sangria, we gladly accepted. The conversation quickly turned to his home town and my new favorite place, Lake Tahoe. We became friends, promised to exchange mountain stories and follow each others adventures on Instagram.

Two days later, I joined the pro snowboarded and friends at a local bar. A few hours later, we packed up our bags and headed for adventure. We drove through the night camping in the desert heat waking up to a burning purple sunrise. We hiked around Red Rock Canyon, coming close to passing out from heat exhaustion in the 105 degree weather and then cruised through the mountains up to the highest point of Sequoia National Park. Allowing ample time for stops along the way to dip in mountain creeks and slightly creepy general stores of towns with less 300 people.

After a few days, I had completely pushed my comfort zone, discovered I had a deep love for the mountain and learned from someone living their dream, that an “alternative” life is possible. I shed many tears when we said goodbye not knowing that I would later see my partner in adventure down in South America, where he would be for the next month boarding down mountains and volcanos and I would soon be living.

The point of sharing such an intimate little love story? I wore the same outfit. My bad ass buddha pants and alternated between black and white crop tops. The beautiful blonde boy never judged and I felt comfortable and confident going from hiking to camping to looking presentable when we stopped for tacos. After all, I had originally only packed for a four day yoga festival.

It may seem silly to some, but for me, an outfit changes everything. When I want to feel bold and fearless, I slip into my pants and do something awesome. It never fails and our adventures together only keep getting greater. Most recently, sky diving over the Andes mountains with views of the Pacific. Up next? Who knows but I know it won’t be boring.